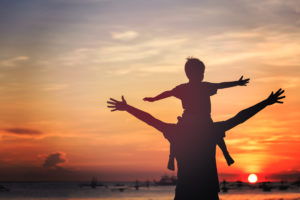 The importance of having an active father in a child’s life cannot be overstated. Dr. Kyle Pruett wrote a book called Fatherneed: Why Father Care Is As Essential As Mother Care for Your Child that presented some interesting facts about why active fathers matter so much. For example, he notes that infants who spend time alone with their dad exhibit richer social and exploratory behavior. In addition to that, young people with an active dad in their lives are less likely to drink, do drugs, and get involved with criminal activity.  They are also more likely to be successful academically and decide to go on to college.

As a father of his own three year old son, Matias, Michael Squellati is as devoted of a father as they come. He spends all of his free time raising him and teaching him the lessons he has learned so far in life. Recognizing the importance of a father on a child’s early cognitive and social development, Michael Squellati does everything that a good father would do for his child. He reads with him, plays with him, introduces him to new experiences, and provides for him in every way that he can to ensure he has the best childhood possible.

When he is not raising his own son, Michael Squellati enjoys spending time helping children who are in need and who may not have as strong of a fatherly presence at home. He donates his time and money to an amazing charity in Los Angeles called A Place Called Home. Although there is a small staff in place, the group relies on volunteers as more than 1,000 volunteers log in over 40,000 hours annually to help underprivileged children by working on education, training, and enrichment programs.